This past weekend, I had the privilege of attending the Creatures, Crimes & Creativity Conference in Baltimore. This was my first writer’s conference (and, as it turned out, my first time moderating and participating in writer’s panels) and it was an overwhelmingly positive experience. I got to meet a wide array of fellow authors all of whom, without exception, were incredibly open and welcoming to an indie writer still stumbling through his first steps in the trade.

The keynote speakers this year were Hank Phillippi Ryan on Friday night and Sherrilyn Kenyon on Saturday. They both did a fantastic job. Sherrilyn Kenyon’s speech was particularly moving as she recounted her long and brutal road to success.

Several fantastic classes were offered this year. I was able to attend Writing Great First Chapters with Rebecca York, 20 Ways to Jumpstart Your Writing with Hank Phillippi Ryan, and Mastering Your Writing with James Grady.  (As an aside, I suspect that James Grady may be the most gracious man in the history of writing. He was generous with his time and even went out of his way to bring me an awesome memento when we shared a panel together. It’s one of my favorite things and you can see a picture below the post.)

Speaking of panels, there were some great ones. They even let me moderate one, and present on another. (I’m not certain why they thought that was a good idea, but no one died and the bleeding was kept to a minimum, so I consider it a success.) I was able to attend “Merging the Normal with the Paranormal” featuring Sherrilyn Kenyon, Eileen F. Watkins, Carolyn Rowland, and moderator Ef Deal, as well as “Adapting the Written Word to Screen” with James Grady, John B. Wren, and moderator Chris Chambers. The latter was especially eye-opening (and a little depressing, actually) in its unvarnished candor about the truth of what to expect when Hollywood starts showing interest in your story. I’m very glad I went.

I moderated a great panel on “Killing Writer’s Block” featuring M. Meyers, Mike Mollman, J. Hawki, and Arlene Kay. I got several compliments on the panel afterward, so if any of the authors who sat on it are reading this, thanks for making me look good while you did all the work.

One of the highlights of the conference for me was sitting on the panel on “Writing Knockout Fight Scenes” alongside James Grady, Christopher D. Ochs, and moderator Bill Rapp. I was honestly as nervous about this panel as I was for some of my professional mixed martial arts fights. How could I not be when I would be sitting next to a man who’s been writing bestsellers since before I was born, right? And while many reading this already know I have an extensive background with fighting in a wide range of contexts, writing about fighting is an entirely different skill. Luckily, my fellow panelists and moderator Bill Rapp were fantastic, making it easy for me to ride along on their coattails for what turned out to be an awesome discussion. I loved every second and would do it again in a heartbeat.

Overall, I consider myself very fortunate to have chosen Creatures, Crimes & Creativity as my first adventure into writer’s conferences. If you’re in the Baltimore area come September 30th of 2022, I strongly suggest you check them out. It’s a great group of people!

I didn’t get a lot of pictures from the conference, but a couple favorites are below and more will undoubtedly appear on the Creatures, Crimes & Creativity website in the days ahead. 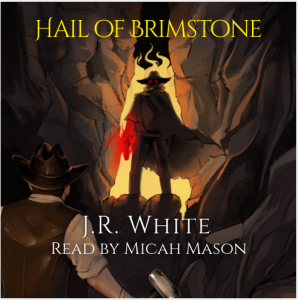