I know things have been pretty slow on here recently, and there’s a reason for that.

We up and moved to Florida!

After a three year run in Maryland, my lovely wife got a medical retirement from the Army. So I piled all our stuff onto the suburban and rolled on south like a modern day Jed Clampett (but without all the oil money). It feels a little surreal. After a nomadic existence through some eight states and both coasts, we are finally settling down in one spot for the foreseeable future!.. (you know,… probably)

As I write this, the wind outside is picking up ahead of Hurricane Ian. We’re hunkered down pretty well here in North-Central Florida, though, and things are gonna be alright. I’ve got my generator on standby and the boards up on the few windows close enough to a tree to worry about. There’s extra gasoline, propane, food, water and battery packs on hand and with the schools closed, we’re planning on watching cartoons while we can, and making smores on the camp stove when the power inevitably goes out.

Naturally, I’m trying to get some writing done before that.

Wanna hear about it? Cool.

The next Kit Barker novel (the third of what’s shaping up to be a four book story-arc) is under construction, with the first draft about halfway done. At one time, I had planned to have it out around Halloween on a similar gap as the one between Shadow of Wolves and Hail of Brimstone, but between the move and the fluctuations of life, I’m now aiming for a release shortly before October of 2023. I don’t want to give away too much, but I’ll tell you this: Sometimes it’s not the cold that kills you.

I’ve also got a weird western novelette to release in the interim before the next Kit Barker, just to keep everyone’s whistles wet. It takes place in the same universe as Barker’s, but with a separate cast of characters.

The title is The Bounty & The Bones, and I think you’ll love it. Or be creeped out. Honestly, as long as you have fun, I’m fine with either. More on that later.

Once we get settled here in Florida (assuming nothing gets unsettled by the storm) you should hear from me more often. There’s plenty of mischief to get into down here, and I aim to misbehave.

P.S. – If, like me, you’re holed up somewhere waiting for the wind to die down, might I humbly suggest an audiobook to pass the time? You can find both of mine on Audible and Amazon. Shadow of Wolves Audiobook. Hail of Brimstone Audiobook

P.P.S. – You can check out a few pics from the move and the storm preparations below. Hopefully, I won’t have a bunch of storm damage ones to share later. 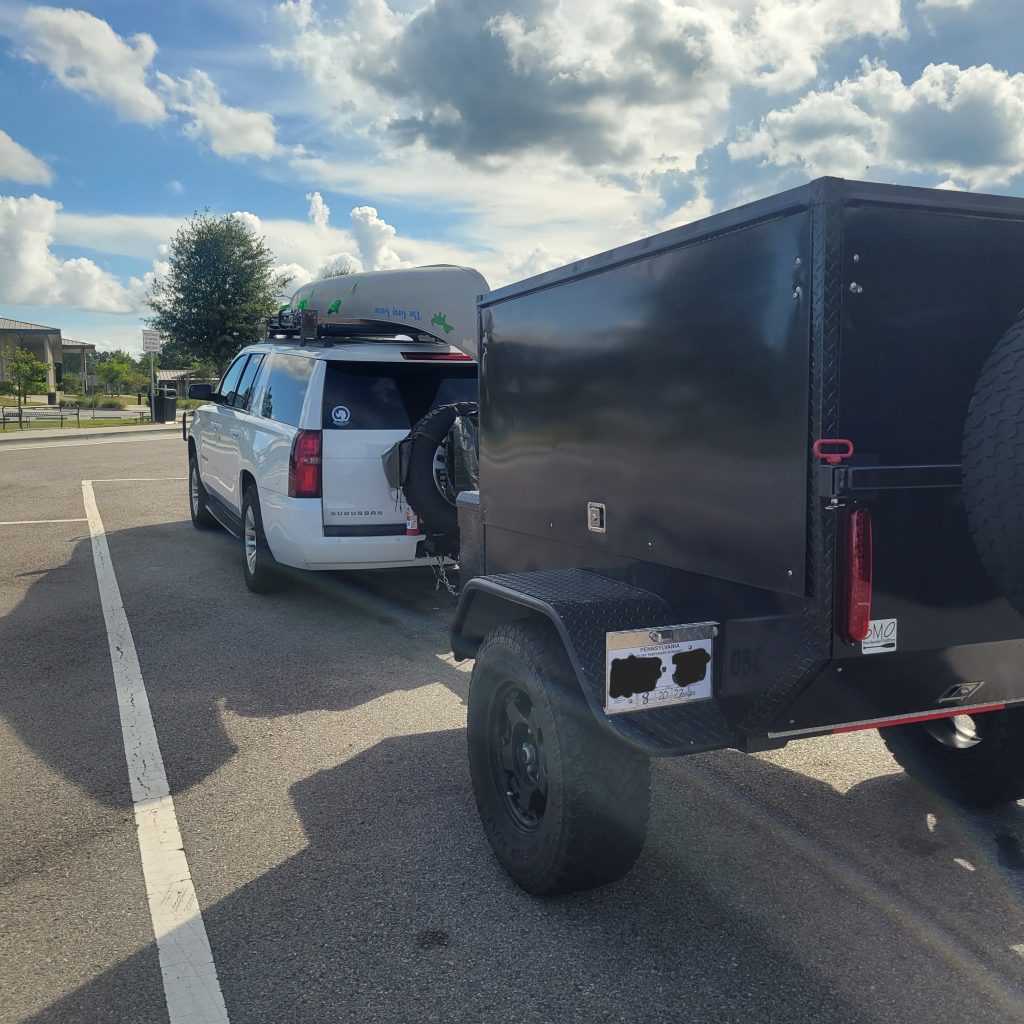 “Let me tell Y’all a story ’bout a man named Jeb…” The move down to Florida went pretty well. The “Adventure Trailer” (new and cooler name pending) is a recent acquisition. You guys will get to learn more about it as time goes on. I think it’s really cool. 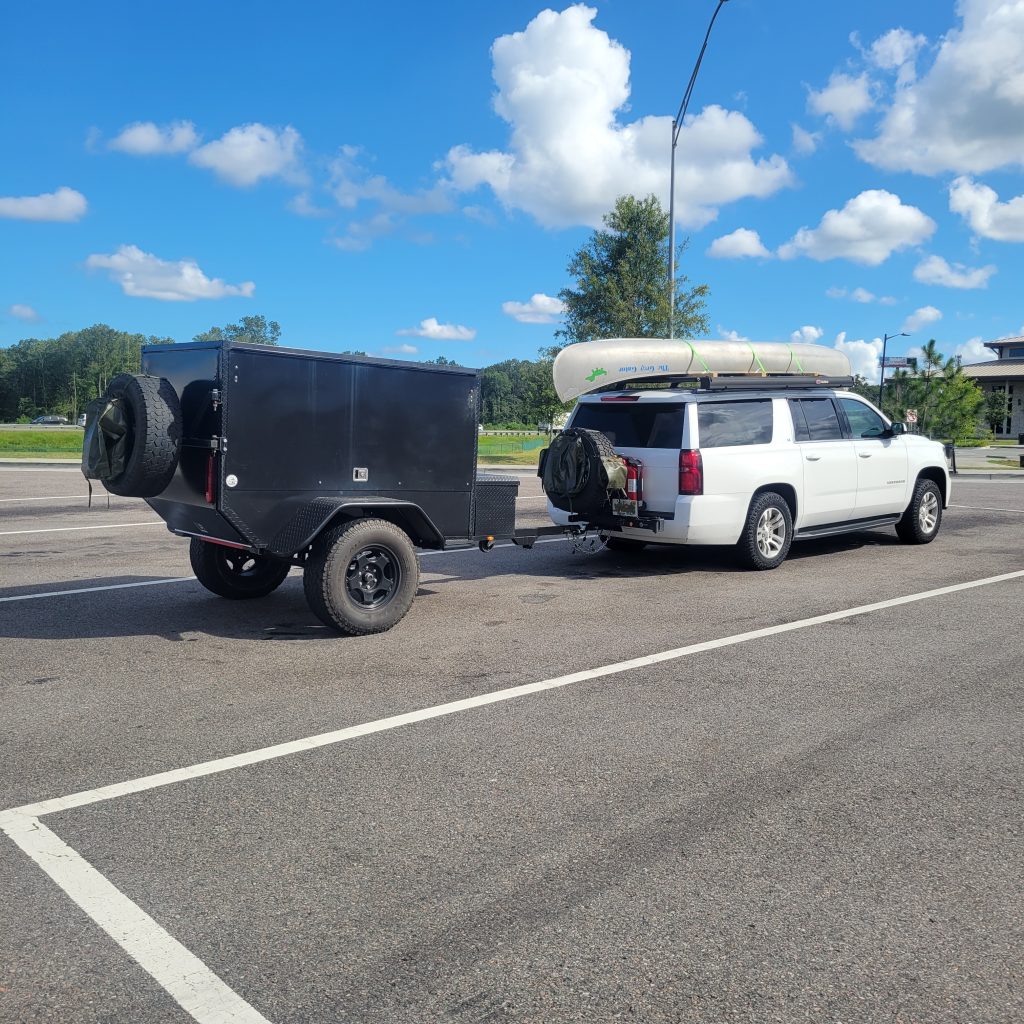 Our canoe, dubbed the Gray Gator by the Adventure Girls (aka – my kids) is another neat toy I hope to show you more of. With my wife’s mobility issues, a canoe is a great way to get her out into the wilds without a lot of wear on the knees. 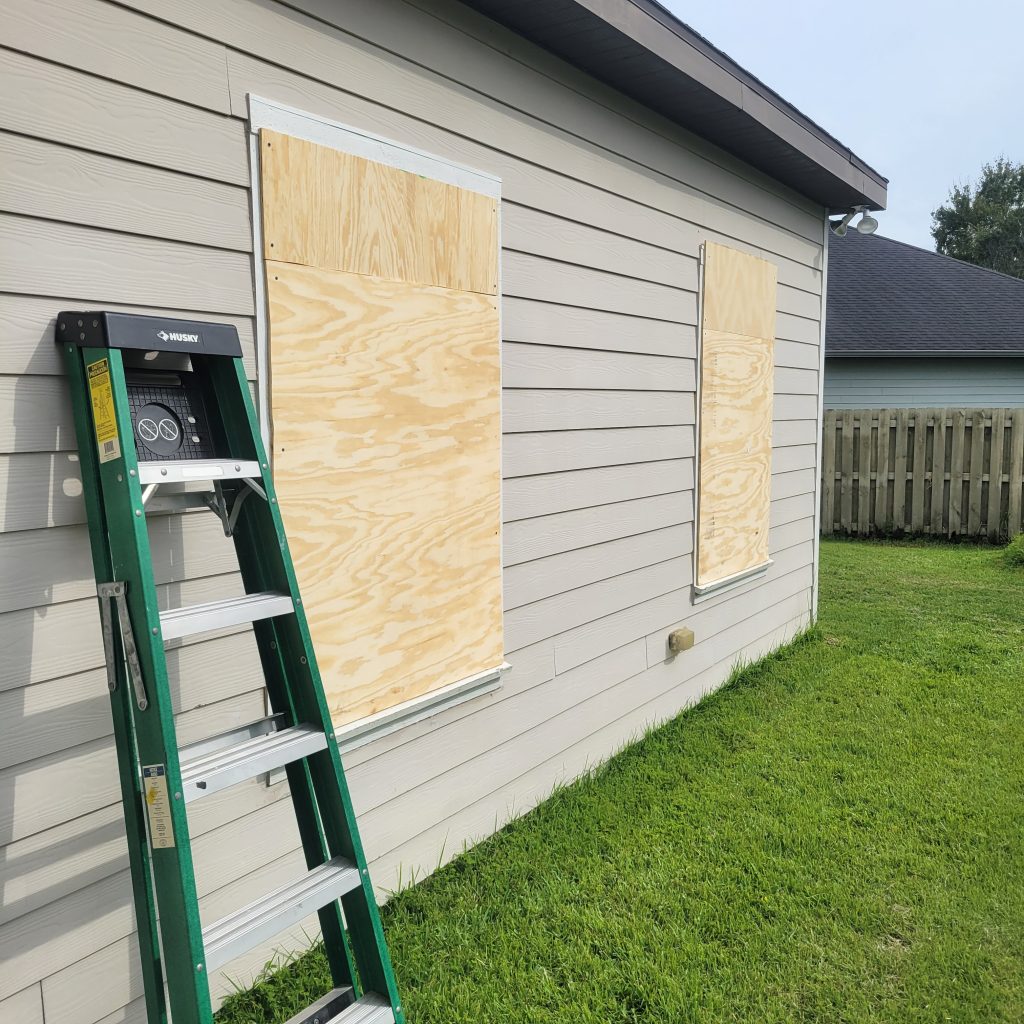 We didn’t bother to board up the whole house for Hurricane Ian, since it’ll be more of Tropical Storm by the time it gets to us, but since this is the room the kids will sleep in if things get squirrelly, I figured it was worth the time. Plus “black-out” curtains have got nothing on plywood, Man – we’ve been sleeping in like babies. 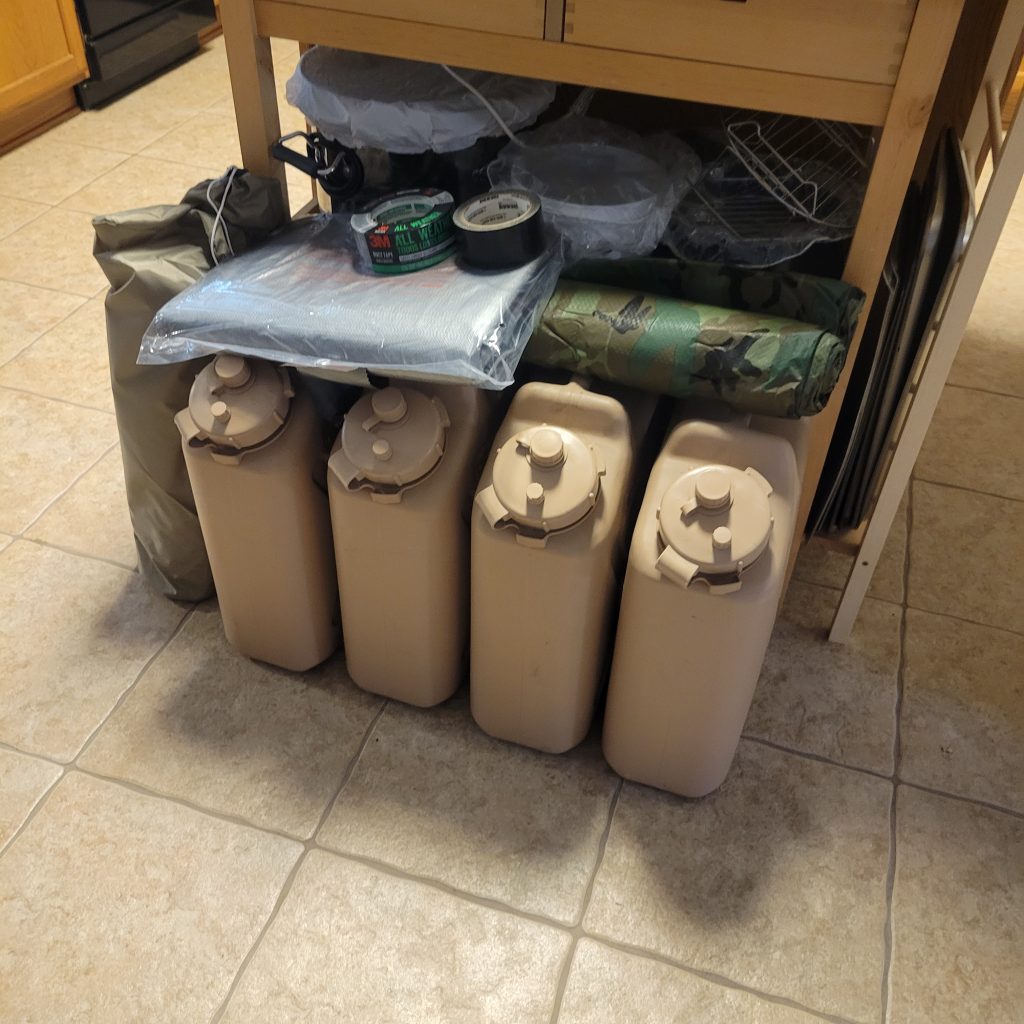 The survival experts always say you need water, and since I need water to make coffee I figure they’re on to something. 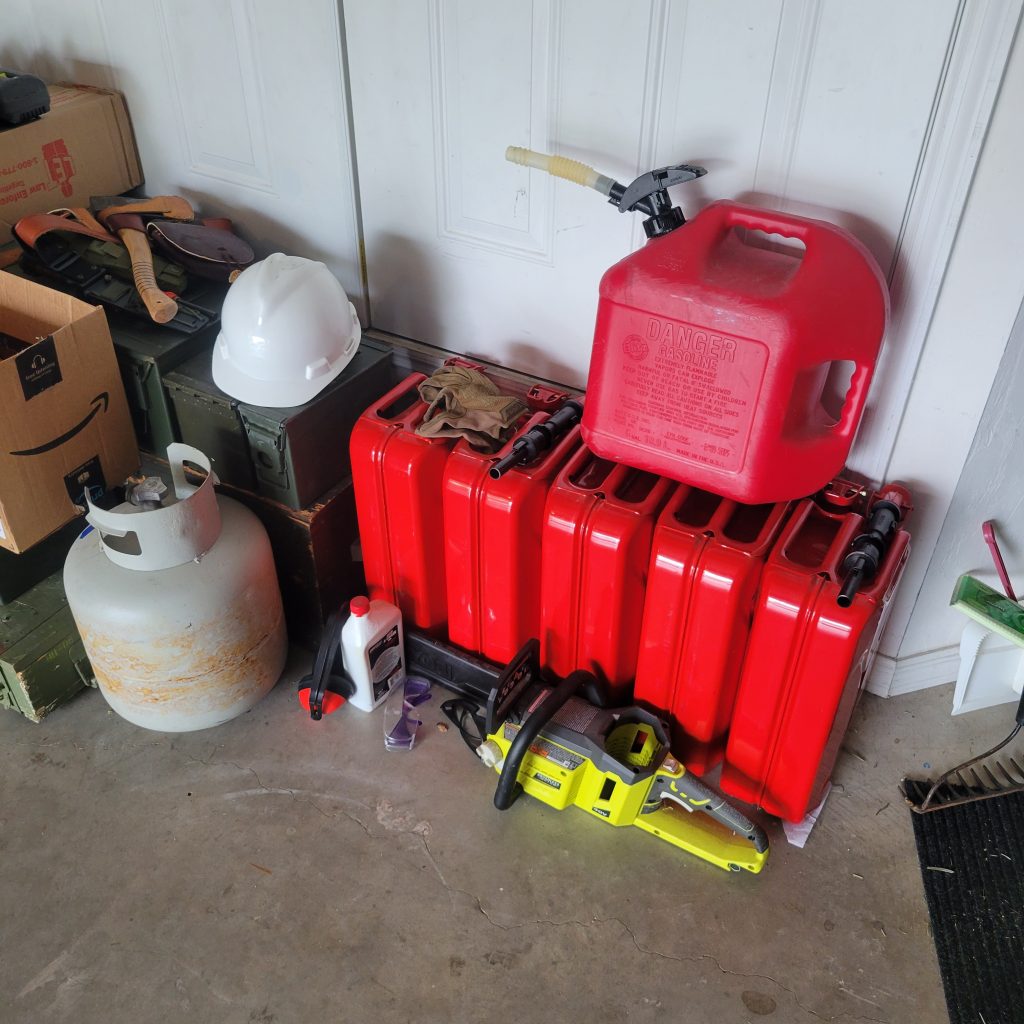 A prepper’s dream is sometimes a fire marshal’s nightmare. I can run the generator for about 4 days on it, though, and the propane means I can cook if the power goes out. The chainsaw is just for downed trees… and crowd control.