I’ve decided to release a NEW STORY in time for Halloween!

Aging manhunter Harlon Slade needs a bounty, and fast. When a gang of dingy outlaws wanders into his saloon it seems his troubles are postponed. But when he overhears their hushed whispers of gold in the cliffside ruins of the Sonoran desert, he wonders if there’s more than just a bounty to be had. Slade tracks the men into the desert night, ready to take the treasure for himself. But something dwells in the ruins, lying in wait, and as the hideous truth unfolds, both the manhunter and his prey will find there’s more gleaming in the shadows than gold.

I hope that was enough to get your attention. If not, the cover is at the end of this post. I think it’s a hell of an image.

Coming in at a little over 14,000 words, The Bounty & The Bones is technically a “novelette”. That just means it’s pretty long for a short story, but not quite long enough to classify as a novella. This new tale of horror in the wild west takes place in the same universe as the Kit Barker series, and falls on the timeline between Shadow of Wolves and Hail of Brimstone. Barker and company don’t figure into this story (aside from a couple Easter egg style references) and instead the man at center stage is Harlon Slade, aging manhunter* and man of shall we say ‘malleable’ moral standards.

(*- In my research for this one, I learned that “Bounty Hunter” as we understand it is a modern phrase, and to call a man a bounty hunter in the old west was more akin to calling them lazy and opportunistic, someone who always looks for the easy way out. Manhunter is more to the point, and in Harlon Slade’s case, far more accurate to the nature of his work.)

I’m finalizing the formatting for both the Kindle and Paperback editions now (it’s gonna be a skinny bugger in paperback, but I just love the feel of a physical book), and I expect to launch it the week before Halloween, if not sooner!

I’m excited to get this out to you all at the height of spooky season. I really hope your enjoy it. 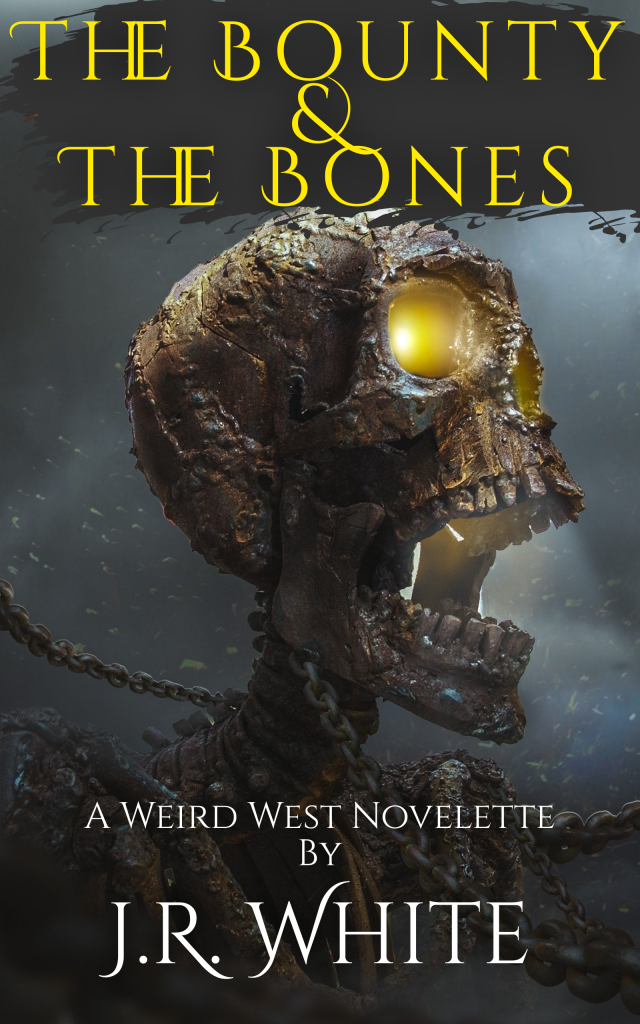 Howdy Folks! I know things have been pretty slow on here recently, and there’s a reason for that. We up and moved to Florida! After